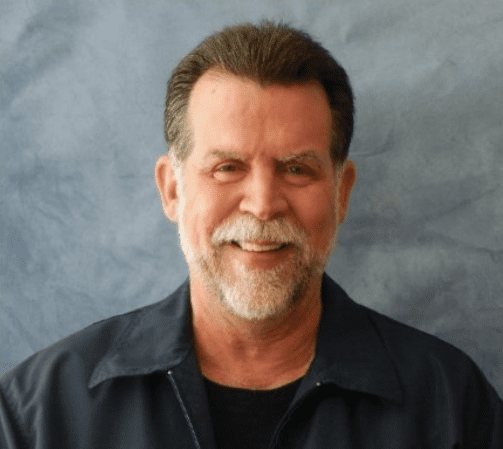 Deacon Bob Simmerly has been a member at SEAS for over 30 years. He was born and raised in Fairview Park, Ohio in the Cleveland Diocese and was a member of St. Angela Merici Parish. He is one of eight children, 5 boys and 3 girls to Herb and Carol Simmerly. All of them went to catholic school from grade school through high school. As you can see, handing on the faith was important. Mom and Dad had a deep faith and love for the Catholic Church. He graduated from St. Edward High School in 1977. He wrestled in high school, was in the high school play and was a member of the sam religious retreat team throughout high school. After graduation he coached C.Y.O. wrestling at our parish for 4 years. College did not start for him until 1983. He graduated from Borromeo Seminary College in 1987, then attended St. Mary’s Major Seminary in Cleveland for one year, leaving in 1988. Eight months later, he was working as a medical courier and his job brought him to the Warren area. One of his clients is now the love of his life for 30 years. Deb and her two girls and himself became a family on May 18, 1991. The Church was always important to him and with Fr. Crumbley’s guidance and blessings and his wife’s support, he entered the permanent diaconate program in 2004. On September 13, 2020, he celebrated 12 years as a permanent deacon. His first love is his family. He feels very lucky to have both.