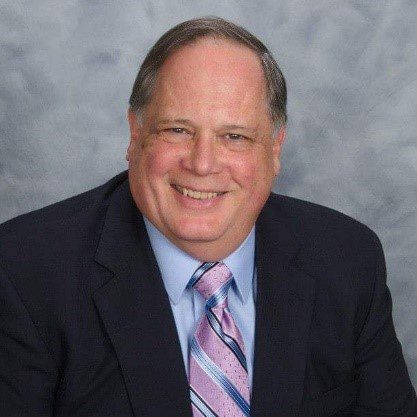 Born in Youngstown but raised in Warren, Tom was educated at St. James Elementary School and is a 1969 Graduate of John F Kennedy High School.  He attended the Ohio State University, majoring in music history and theory, and was a member of the OSU Marching Band and the Men’s Glee Club. He finished his undergraduate studies at Youngstown State University and received his MBA from the University of Phoenix.  Tom worked for over thirty years at Packard Electric here in Warren and El Paso, Texas, retiring in 2011. While in El Paso, he formed a 30 voice choir at the local parish that he and the family joined while living there.

Tom began his musical career while in grade school at St. James.  He continued to play on the weekends while in school locally.  When he returned from Ohio State, a former high school teacher asked if he would be willing to accompany the newly formed choir at St. James and he agreed.  That was 50 years go this June and he has been the organist/Choir director for many of those years.  Tom also was a member of several combos that played for wedding receptions and other get-togethers in the area.

Tom has 2 children – Erin and Scott – with his late wife, Beth and is now happily married to Delilah Waldron- DeNicholas since 2016, who, by the way, completed her RCIA studies and was initiated here at Blessed Sacrament Parish.